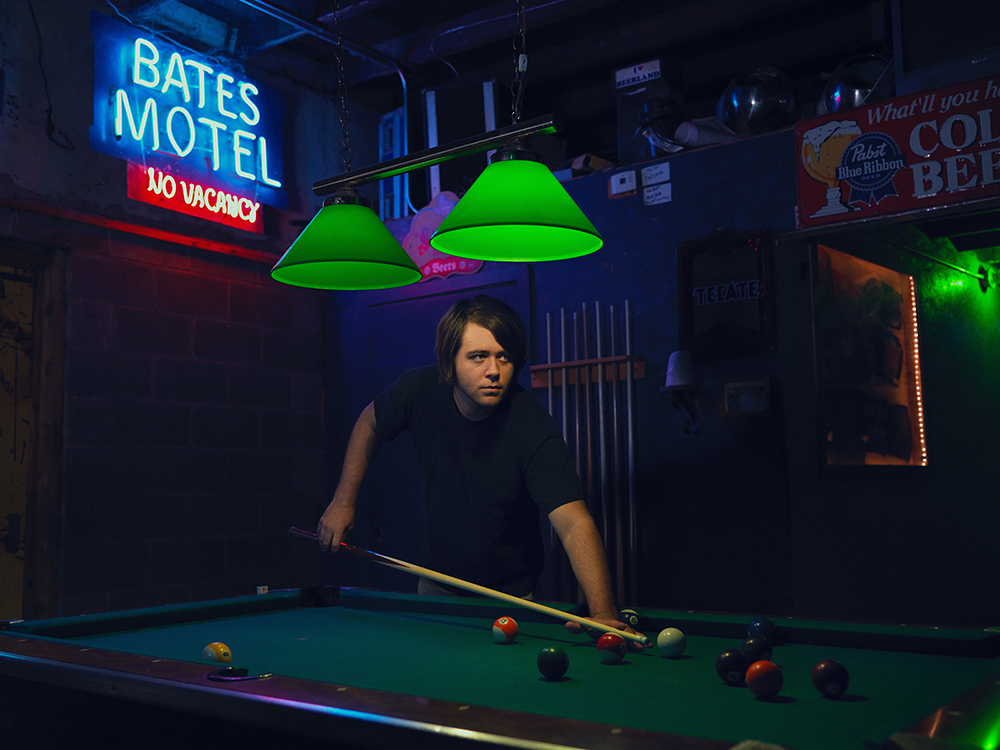 Morgan Davis for Ovrld: I wanted to start by talking about how you came to Austin and whether there was a journey to get here.

Ovrld: One of the rare Austin natives.

IR: There wasn’t much of a journey, that was kind of all my parents. I’ve been here since I was five.

Ovrld: In your time here, how would you say the city has changed from when you were growing up to how it is now?

IR: I didn’t get involved in the scene until I was probably about 19 or 20. So I wasn’t really coming down to shows when I was in high school or anything. I kind of got into it in like 2009, and Beerland is definitely a lot slower now than it was then. It seemed like Beerland was the punk and garage place to go, but it’s slowing down a little bit. So I guess I would say the scene is slowing down [laughs].

Ovrld: And your first music job was working sound here at Beerland, right?

IR: Yeah, so I went to school for sound and we had to do an internship for sound and I got in touch with Orville [Neeley], he was basically the one to kind of let me intern here. So that’s how I got in with these guys.

Ovrld: On top of sound at Beerland, you’ve also been very involved in production work for the punk scene.

IR: I like to do a lot of recording and mixing, that’s kind of my forte. I love it here, but you know, that’s my true passion, the studio.

Ovrld: You’ve actually done a lot of those recordings here at Beerland, too.

IR: I have, right. We did some live at Beerland stuff and a couple of odd jobs for friends’ bands, but most of the albums I’ve done I’ve done at my own spot.

Ovrld: From my perspective, you’re responsible for a lot of the production of what’s coming out of the punk scene right now.

IR: Yeah, I feel like I’m the go-to “loud band” guy [laughs]. Anyone who’s got a really loud band, they hit me up. They’re like “I hear you do great things with this kind of music.”

Ovrld: When I spoke to Critical Dad, they talked about how they would just give you a description of a sound because they don’t what any of the technical terms for anything were, and they said “And then Ian would just make it happen.”

Ovrld: You’ve also been involved in a lot of the compilations that have started to put together what’s happening in Austin now, like Flavorsound’s Class of 2016 and then Big Bill’s Slack Capital…

IR: Is that the one from Austin Town Hall?

Ovrld: Yeah. They put it out.

IR: I forget who all’s on there. Basketball Shorts is probably on there.

IR: I haven’t worked with those guys. Basketball Shorts are pretty close with all of them. I kind of met them recently and we’re close friends now. But I haven’t worked with too many of those bands. I probably will be soon though. I’m working on an album with Caroline Says right now. I think she’s part of that scene.

Ovrld: You also did a lot of work on the Monofonus Press one…

IR: Yeah, I probably did seven or eight of the songs on that out of 15 or so. My favorite was probably the Troller song. Troller is one of my favorite Austin bands.

Ovrld: That one’s great, and it was a little different, too.

IR: Well, live sound is a lot easier and it’s a lot quicker and the challenge there is your time crunch. You’ve got to make a band sound as good as you can in about three to seven minutes, you know? That's kind of fun, it’s like a game.

But the studio you can do whatever you want with it. You can really take your time with it. Not that I take too much time. People say “Oh, you’re really fast in the studio,” but it doesn’t seem that way to me.

Ovrld: Right, and when you have your own space you’re kind of used to what you need to do to set it up.

IR: Exactly. And I also think since I’m so used to mic’ing up four bands a night and trying to get their line checks done in five minutes, whenever I’m in the studio, I’m still kind of in the mindset but there is no rush. Every time I have a session, I get kind of nervous and I get set up preemptively, to make sure things run smoothly as if I were running a live show, like nothing can go bad here, you know? So yeah, I think running sound makes recording a lot easier. Because you’ve got to be on your toes. You’ve got to think quick.

Ovrld: One of the things I hear pretty often from people who do production in Austin is that one of their biggest struggles is finding space, and then funding and getting gear, because it’s getting harder and harder to line up gigs with so many people recording on their own. What are some struggles you’ve had on that front? Just in terms of keeping a recording career going.

IR: I mean, it kind of takes a few years to build up everything you need, but it’s kind of a collaborative effort, you know? There are a few people who have either traded me gear in return for studio time or have donated gear to the studio in return for something else. So I’m not doing it alone. Monofonus have definitely given me a big chunk of some awesome stuff I’ve held onto. And even the guys here at Beerland use the studio from time to time. So there’s a lot of us doing it, there’s a lot of people helping me out.

Ovrld: In that regard, do you think the community aspects of Austin have helped you carve out your space?

IR: Yeah, definitely. I couldn’t have done it on my own and if I had to move to another city tomorrow, I’d be lost [laughs].

Ovrld: At the same time, do you think the sheer number of people trying to do similar things has made it difficult to make a full career out of production?

IR: Yeah, even a lot of my close friends are my biggest competition. So it’s definitely hard to make a career out of it. I’ve been doing it a long time and it still isn’t career-worthy. It’s still what I love to do. But yeah, there’s a lot of competition, and not as much money as you think there’s going to be.

Ovrld: With the bands you work with and talk to, what are some of the challenges they seem to face the most? What comes up when you talk to them?

IR: Most bands come in and they have their songs and they know what they want to do and they have their sound but they don’t know what they’re gonna do with it. So it’s always that question of who’s gonna put up the couple thousand dollars to put that record out. That’s really the biggest conversation bands have in the studio, which, really, I don’t have much to do with. I’m just recording and mixing the stuff. But I’d say that’s 80% of the struggle, convincing somebody to put out your record when there’s 7,000 other bands trying to get the same thing to happen. We’re a little over saturated [laughs].

Ovrld: At Beerland, you’re coming into contact with a lot of touring bands. What are your experiences with how they interact with the city? What are some of the things they talk about in terms of how Austin is different than other cities they play?

IR: Well, everybody who comes to Austin always says “Everyone’s so nice here!” Which, I don’t know if that’s really that true [laughs]. But yeah, I don’t know. That’s a hard question.

Ovrld: Beerland has had a ton of crazy shows in the time it has existed, what are some of your most memorable experiences? The high points and the low points.

IR: SXSW for sure. The patio shows are probably the most memorable, I’d say.

Ovrld: Yeah, it seems like you guys have to fight just to get those to even happen every year.

IR: Yeah, it’s a big struggle just to get one 25 minute set out there. Every SXSW has some awesome shows. There have been some legendary bands that have come through here. I mean, Satan has played here [laughs]. The Spits have played here a handful of times. Thee Oh Sees, this used to be their home. But then some other places opened up and kind of stole them from us [laughs]. Maybe offered them more money or something.

Ovrld: Do you see that happening a lot with bands that used to basically make Beerland their home? And now have moved on to bigger venues?

Ovrld: Right, and it seems like a lot of the groups that are now most being associated with what is happening in Austin developed here, like A Giant Dog…

IR: A Giant Dog is a perfect example of a Beerland band. Or OBN IIIs.

IR: Spray Paint, yeah. I mean, members of all those bands have even worked here. But people have gotta do their own thing. And eventually grow up and move on and do bigger, better things.

Ovrld: It’s interesting too because Beerland gets used as the backdrop for so many band pics. When you look at their press packs, it’s always there. Like one of Spray Paint’s main press pics is at Beerland, and A Giant Dog’s publicity still has them in the bathroom here.

IR: That’s really what people love about this place. Great photo opportunities [laughs]. The Beerland logo is just too good to not get a picture with.

Ovrld: Do you see yourself staying in Austin? Or do you envision yourself some day leaving the city?

IR: You know, maybe. Like if I got an offer that I couldn’t pass up, yeah, of course. I’ve been here a long time and it would definitely be hard to move to a new place and start over. But hopefully one day I can move away and do something else.